Years ago, we only knew one concept of mining. It was working with picks and shovels to extract minerals. However, we now know that this is not the only thing. Nowadays, it can be done through a computer and without these tools.

This innovation is because the cryptocurrency market is enormous. If you have already invested, you are probably used to buying and selling at different times of the market. All this allows you to make huge profits.

However, did you know that this is not the only way to do it? Actually, many people mine cryptocurrencies. They can generate them through their computers.

Whether as a simple curiosity or as a way to make a profit, we’ll show you how the mining process of Bitcoin and other digital currencies works.

What is cryptocurrency mining, and how does it work?

First, it is necessary to explain what this process consists explicitly of. A miner is in charge of using the computing power of their computers to process different encrypted transactions on the blockchain network. Once they do so, they get a reward, which is a unit or a portion of a cryptocurrency, such as Bitcoin.

The logic is this: to get one cryptocurrency unit, you need to solve complex mathematical problems. You won’t be able to solve them by hand or using your computer’s calculator. It requires power sources and technical equipment of a computer.

Then, the miners put the different transactions into blocks. To that, they add a public record, which is what we’ve described as the blockchain. Miners add blocks to this blockchain, which allows them to create new units of cryptocurrencies. However, it is not a simple task.

As we have mentioned, the whole process requires complex mathematical operations. If you’re wondering why this is so, it’s simple: one of the essential features of Bitcoin is its security strength. It is necessary to solve all these calculations to avoid falsification. Therefore, the system is foolproof. 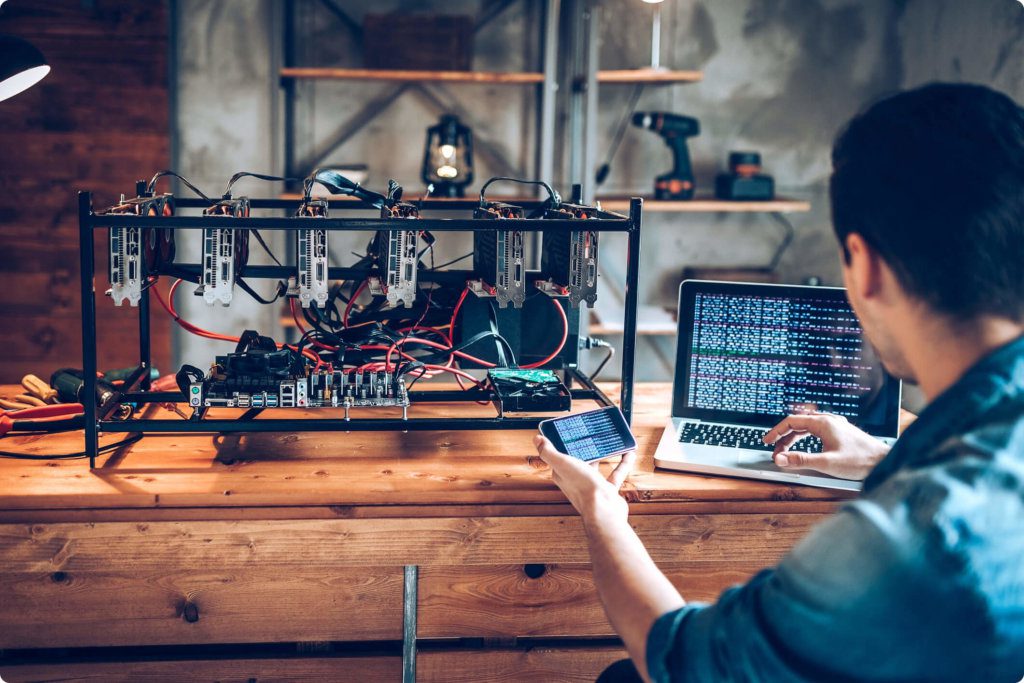 The Rewards of Cryptocurrency Mining

As new blocks of cryptocurrency are added, mining a single block becomes more complex and takes longer. At the same time, the rewards decrease. For example, in 2012, miners who added a new block got 25 bitcoins. By 2021, the reward is 6.25 units. This decrease occurs because of Bitcoin’s characteristics. Unlike other currencies, there is a finite maximum number of cryptocurrencies that can be issued.

This situation was foreseen to avoid the possible inflation of this currency. Currently, 18.5 million Bitcoins have been mined. The maximum number is 21 million units. It is predicted that the last Bitcoin will be mined around 2140. Therefore, there is still a long time left for the mining to end.

We hope you’ve informed yourself about the cryptocurrency mining process. If you want to learn more about the digital world, do not hesitate to read other articles on our blog.